Well, for me it's a lot more. Two more battalions of French line and a second battalion of light infantry. With these guys done I have six battalions of French Infantry total, along with a loose unit of Italians. I'd say that's a pretty big improvement on the one battalion I started with, though its not quite the divisional level that I'm aiming for yet. As these were the last of the Italeri and HaT figures I had, I'll be needing to get some more in! But I've decided to restrain myself until the new year arrives. Besides, I have plenty more work to do. More on that in a bit, for now, here are a few pictures: 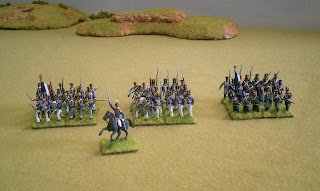 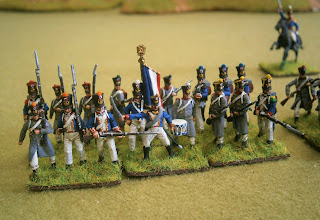 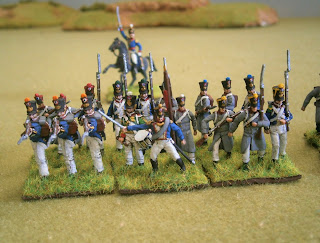 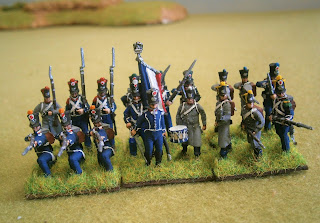 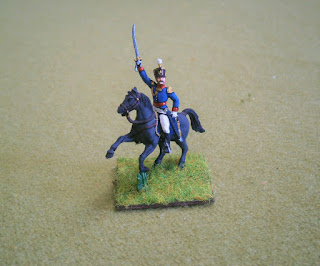 The officer is from the Waterloo 1815 'Napoleonic Mounted Line Officers' set. 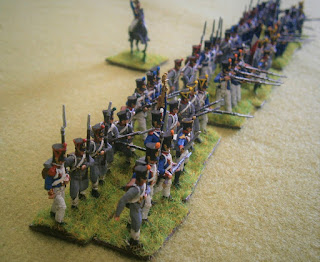 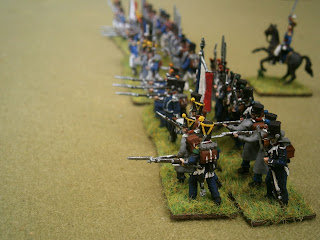 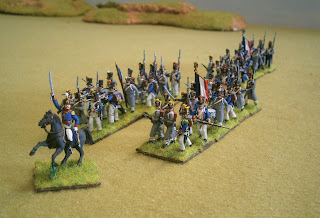 I went for a brighter blue on the Line Infantry this time, and I think they came out a lot more vibrant because of it. The army is finally starting to have a bit of weight to it when its all set up together, but we're not quite there yet. The next thing is another regiment of Cuirassiers to match the first, and then I'll have to set to rebasing and repainting a bunch of my older stuff, mostly British infantry.