Smoke on the Water

﻿﻿﻿
Hello again everyone! Here comes post number two. My original plan had been to make a post about a number of warriors of Minas Tirith and a ruined building of Gondor, but homework has hit me like a sledge hammer. Luckily my Dad and his friends James and David decided to go to war over the weekend. I was there, even though my level of command (extended over the Germans) was very limited. But enough chatter, let the battle begin!

﻿﻿
It was a fresh clear day in Normandy country side 1944, the birds were singing in the trees and the water gurgled in the river. Suddenly the grinding roar of engines and the harsh cry of German voices rang out. 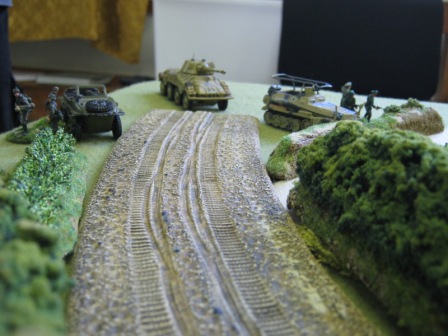 A number of German recon vehicles trundled onto the road. The commandant a young sprightly blond haired man ordered the Puma armoured car and Schwimwagen to move up, the Schwimwagen broke off over the country side, while the Puma came to a stop at the T junction by a telegraph pole. 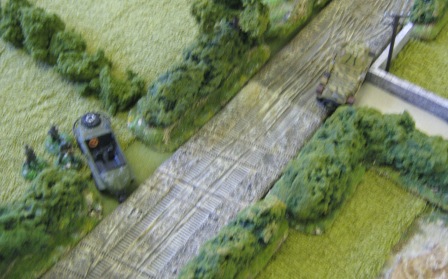 Then over across the bridge on the other side of the river, further voices could be heard shouting over the roar of tank engines, the smell of cheap cologne and cigars hung in the air. The Americans had arrived. 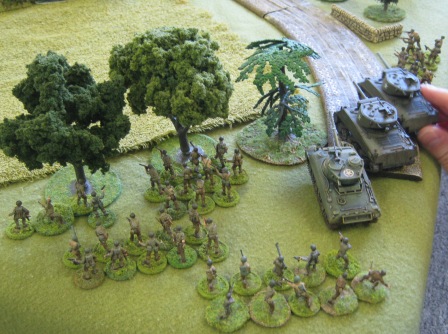 Angered that the Germans had already come close to securing the bridge one of the Shermans shot up the road and opened fire on the Puma at long range. Dirt and dust flew up in the air and the Pumas crew cried out in surprise and moved their turret to return fire, only to see a second Sherman appear beside the first. There was an explosion and smoke wafted over the river to the cheer of the American forces. 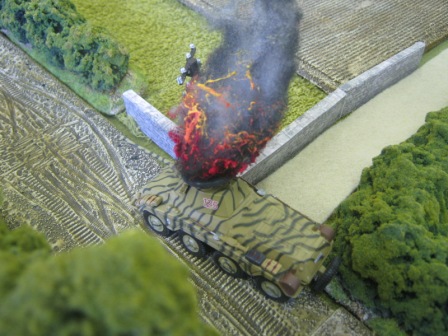 Sulkily the Germans rushed to take up defencive positions behind and in the nearby hedges, as the American infantry charged forward over the fields. 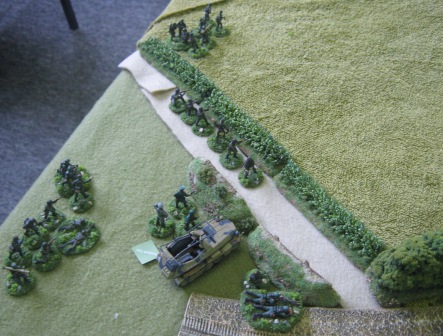 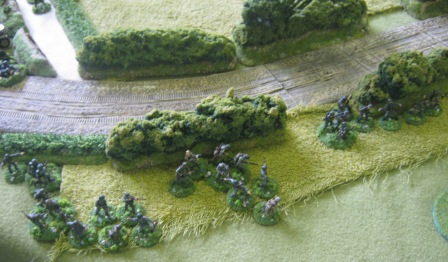 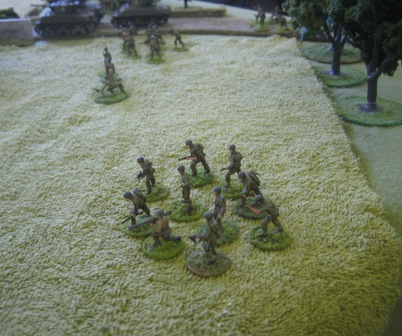 As the infantry advanced, the American armour seized the initiative and charged forward onto the bridge as the leaves in the hedges rustled as the German forces set up to cover the shallow ford where the American infantry hoped to cross. 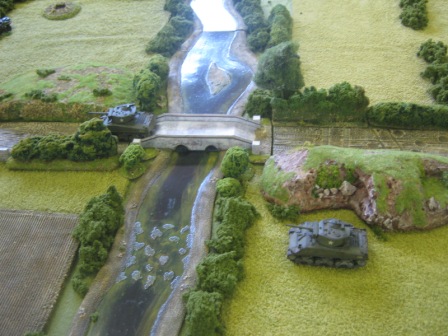 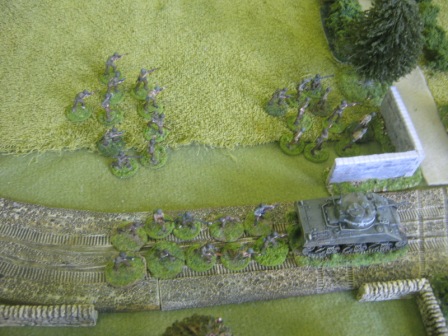 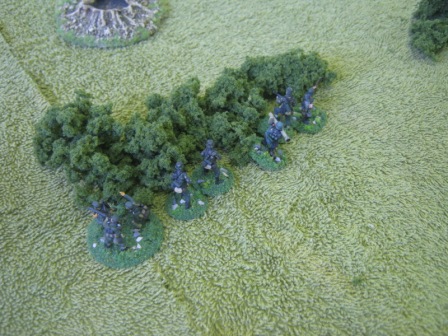 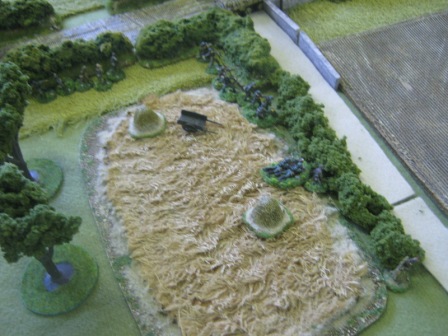 As both sides took up defencive positions overlooking the river, the Schwimwagen edged it's way up the flank towards the second ford. But the crew were to be disappointed, a Sherman tank had moved up the flank also and was now covering the ford. 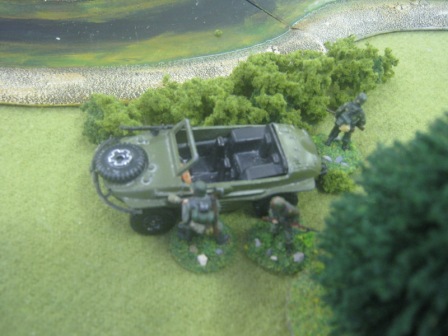 With a great rumbling a force of Stugs and a captured Sherman tank rolled onto the road on the German side and took up positions covering the road and ford as the last of the American infantry and tanks took up their own positions on the opposite side. 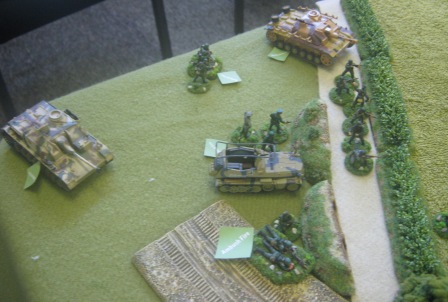 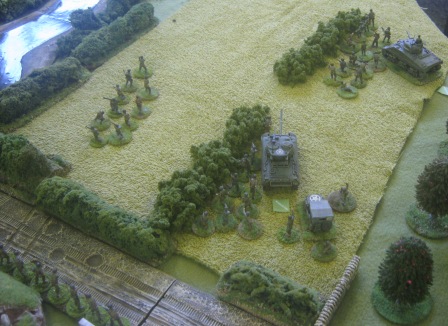 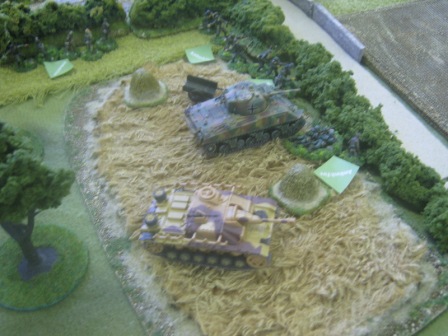 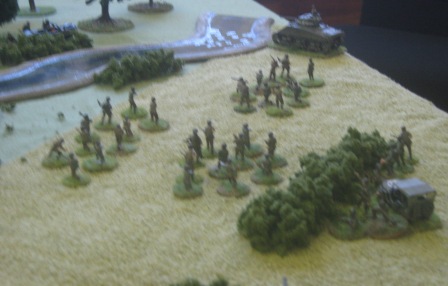 Just as the American infantry commander muttered something to his sergeant about a Mexican stand off a great roaring filled the air and an old french tank rumbled up the road and fired on the Sherman on the bridge. 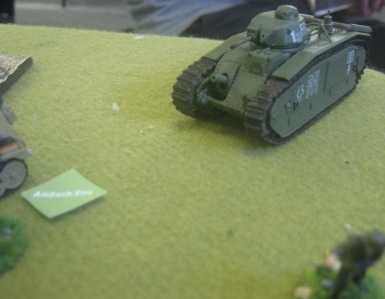 The shot was ineffective, to no ones surprise, the tank was outdated, but it did what it was meant to do, draw the gunners attention. Suddenly an infantry section leapt out over the top of an earth bank and raised their panzerfaust at point blank range. 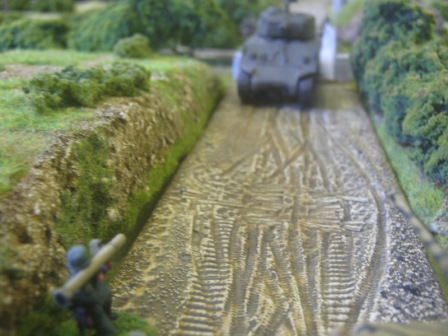 But the machine gunner of the Sherman was very highly strung and seeing the movement let loose a volley of hot lead forcing the German soldiers to drop the panzerfaust and keep their heads down. But suddenly one the Stugs which had cleverly manoeuvred itself while the Sherman was distracted opened fire! 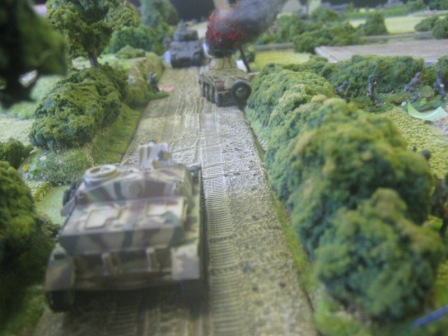 But miraculously the Shermans normally useless armour glanced off the Stug's shot and returned fire with more explosive results! 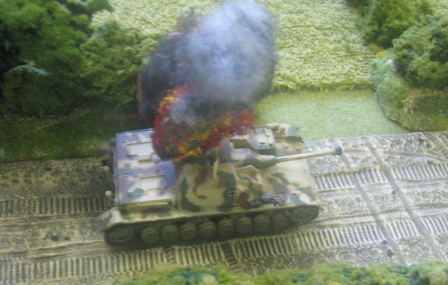 Unfortunately that's as far as the battle went, due too the Germans conceding defeat and withdrawing. It was an interesting game and I couldn't help but feel annoyed as I saw the generals move their forces more and more into a stalemate. But everything aside the game was fun and would have been continued if we hadn't been so pressed for time.
I hope you enjoyed it, and if you did then you can jet over to my dads account of things. I look forward to my next post.
Cheers! Sarge at Arms.

Well, this is my first Blog and my first post. Here I've got a number of things I have finished recently.

These are some pictures of some middle-earth rangers in 1/72 scale by Airfix and Caesar miniatures. My Dad painted them, mainly because he wanted to paint something different, but I did up the bases myself. They are based using the Dux Bellorum recommendations and I plan to use them (along with lots more soldiers of course) to fight large scale games in middle-earth for a lower budget. 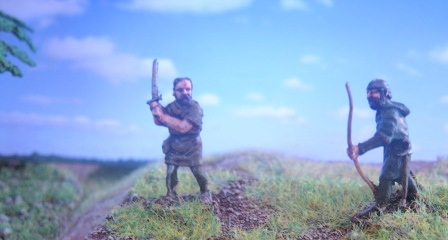 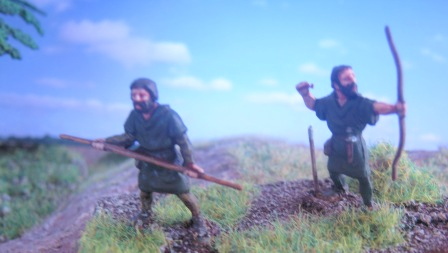 Now these next ones were painted by me. I am hoping you can give me some feedback on how I can improve on the next sets. 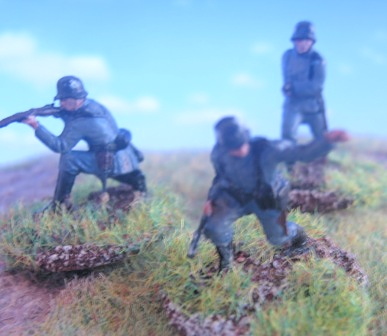 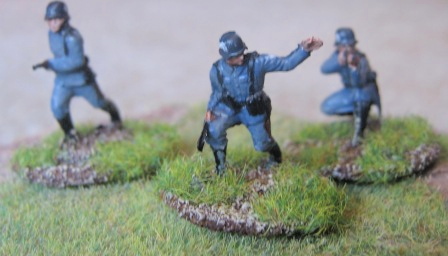 Well that's it and I hope you like them. I am hoping to improve my painting rate (and skills) with this Blog. And as I said before, advice and feedback is most appreciated.
Posted by The Lord of Silence at 17:42 32 comments: